Recent speeches and such stuff 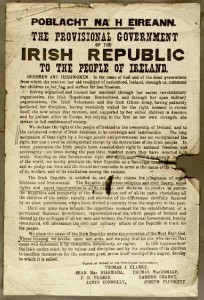 In the past week I have had to give some speeches, lectures, orations and as I usually do not work from a prepared script, I could not provide same for those requesting it.  So…I am synopsizing the lot into this tract below.  There is one main thread running through all speeches and is one that has been pre-occupying me for some time now.

We are living in a time of huge change.  As we are but a few years into this change, few people have yet started to recognize and discuss it.  They are completely occupied by the symptoms of this change i.e. Currency and banking problems, administration indecision, a general sense of unease about the world and a malaise as well.  This in spite of the fact that the world is relatively quite when compared to its past.

I believe we live in a time when it is imperative that we get to know exactly who we are.  We need to do this as the decisions we must make individually are and will be done at very short notice and therefore made by instinct a lot of the time.  Our instinct is informed by our culture.  We need to know who we are.

Mass production had arrived and mass production of food also became an imperative.   The common man’s body shape changed from a type where shoulders and hips were equally wide to a very broad shouldered body with narrow hips as man stayed rooted to one spot during his working day and did most of the work with his upper body.

The food provided seemed fine but gradually as the land was leeched of the more rarer trace elements and minerals and only the main elements such as nitrogen, potash etc. were replaced, people’s bodies and subsequent generations bred from them, began to throw up diseases which are not yet fully understood – cancers and such.

The distribution and structure of society changed.  We had the growth of big countries – the birth of Italy, Germany and so on.   The inventions and ability to mass-produce evolved and we had two world wars and unspeakable deeds on a massive scale.  The common pattern was centralization and authority.

Now the revolution is that of knowledge and information.   This does not equate with wisdom.   It is only a matter of time and economic expediency before most jobs in offices are obsolete.   People can work from their home providing the same functions or services but without the overheads.  All forms of administration will change.  Public administration no longer needs to be centralized.  Government likewise.   Authority only resides where people willingly allow it to do so.  Where such authority is misappropriated or snatched or taken without the peoples will, it will eventually be lost – usually with the inevitable revolution.

So in these times of great change, I feel that our 1916 proclamation is our guide.

“We declare the right of the people of Ireland to the ownership of Ireland, and to the unfettered control of Irish destinies, to be sovereign and indefeasible.”(1916 Proclamation)

That means not selling it off for expediency or emergency solutions.   We cannot for example sell off our water rights, mineral rights, special rights etc.   Selling their control of private entities breaks this first rule.   It is the nature of private entities to sell and swap commodities to other entities.   That may have been the norm in past periods of history but all basic resources are now too scarce on this planet to allow their being in private control.

“The long usurpation of that right by a foreign people and government has not extinguished the right, nor can it ever be extinguished except by the destruction of the Irish people. In every generation the Irish people have asserted their right to national freedom and sovereignty: six times during the past three hundred years they have asserted it in arms.” (1916 Proclamation)

This passage refers to our history but we should make sure that we do not allow history to repeat itself.   In the present day flow of negotiations, treaties and international laws, we must be ever vigilant that we are not persuaded to hand over our sovereignty.

“Standing on that fundamental right and again asserting it in arms in the face of the world, we hereby proclaim the Irish Republic as a Sovereign Independent State, and we pledge our lives and the lives of our comrades-in-arms to the cause of its freedom, of its welfare, and its exaltation among the nations.” (1916 Proclamation)

Nations are made up of people, not territory.

“The Irish Republic is entitled to, and hereby claims, the allegiance of every Irishman and Irishwoman.

The Republic guarantees religious and civil liberty, equal rights and equal opportunities to all its citizens,

All people on this island originated from people who were once immigrants to our lands.   We are made up of many different bloodlines but are shaped by the beautiful green island that we inhabit.   All immigrants will eventually become part of the indigenous people of Ireland. All are equally valuable and should be so cherished.

and declares its resolve to pursue the happiness and prosperity of the whole nation and of all its parts,

..cherishing all the children of the nation equally, and oblivious of the differences carefully fostered by an alien government, which have divided a minority from the majority in the past.” (1916 Proclamation)

If we pursue aspirations and ideals of other nations, we shall again become divided.   We, of this island, belong to the culture that has evolved here and we must recognize those strong traits, promoting them on at least an equal footing to the other highly evident values of our fellow nations.  The world and the human race would be very impoverished by the loss of diversity if all nations were homogenized into one mass of common humanity.

This will diminish our ability to be creative.  It is our creativity that will allow us to survive into the future as we search for ways to surmount the persistent problems of ever diminishing resources.

So we must reacquaint ourselves with our past that we may travel to the future.   Our direction and energy will be provided by this knowledge, which will in turn provide the wisdom we will require.

We need to know whom we are, where we came from and all that knowledge associated.  We will need to know the various unique weaknesses in our personal bloodlines so that we may prevent or ameliorate illness.  We shall have to get to know our environment and try to be self-sustaining within our own area.  We shall have to learn to be less demanding of energy resources and less wasteful of those resources we posses.

Now is a time for family, friendship and fraternity.  We need to be steady and very wise.   There exists the potential for great catastrophe for our species.   We have abused and are abusing our island and planet home.   We must mature, grow-up; get sensible to this stark fact.   We will witness much hardship around the globe in these coming years and will feel diminished by our inability to help as this has been one of our better and outstanding traits, honed over millennia of living on this beloved island of ours.

We must rebalance our being so that we exist individually in three equal parts – the physical, the creative and the spiritual.

I harken back to the saying of the fabled Caoillte on his return to Ireland for the land of eternal youth as he responded to Saint Patrick’s query on what made him and his people great..

16/10/2011- Seán O’Riada and the Clare connections. Public talk in Tulla, Co Clare.
Liked it? Take a second to support peadar on Patreon!