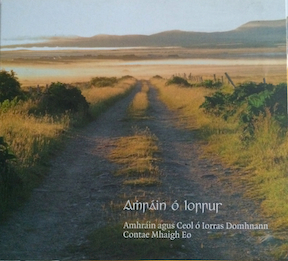 Traditional music enthusiasts in north Mayo are reviving a collection of sean nós songs by Erris singers, recorded, and later transcribed and saved, by Séamus Ó Duilearga of the Irish Folklore Commission in May 1939 in Chicago, 75 years ago.

The Irish Folklore Commission, was group in charge of collecting the traditions and custom of Gaeltacht areas  full and part-time collectors,and field-workers recorded the stories and songs which enabled a vast amount of folklore to be amassed over the decades. Séamus Ó Duilearga  was one of the original people tasked in collecting documenting irish traditions in Gaeltacht areas attention on the oral traditions enshrined in the Irish language. the commission was born out of  visitors to the Gaeltachtaí to learn or improve their knowledge of the Irish language, and collected folklore as part of that exercise. The collection and the study of folklore was long established in countries such as Sweden, Finland , Estonia and Germany and became the practice of the highly successful Irish Folklore Commission, between 1935- 1971

To mark the 75th anniversary of the recording, young singers from Doohoma will perform on the Ceol agus Fáilte show on Mid West