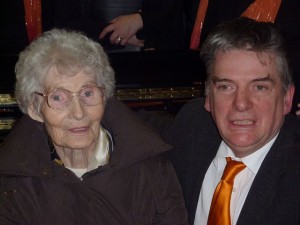 D'fhágamair slán le m'aintín Kit inné.  My Great Aunt Kit was buried yesterday and with her a changing of the guard.  She used to baby-sit my father Seán  Riada. She had spent some time in England and then in America where she was a highly placed secretary in Henry Ford's company.  She came home and married Paddy Honan, reared her fine family and when Paddy died after retiring from teaching, she got a notion and answered an add in a New York paper and went back to work instead of taking the pension.  She was a mighty woman and like the Reidys a tough lady.  She was very conscience of style and rigourous in her approach towards the idea of work.  She left behind an family of scholars and hurlers. 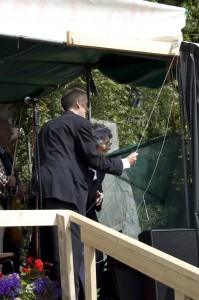 She unveiled the statue to my father here in Cuil Aodha some three years ago and was a regular at our annual family gathering every August until recently. 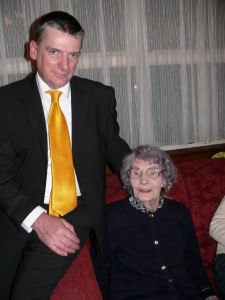 She was proud of her family and took a keen interest in everyone's progress. Even though she was in her 94th year she will be missed. Beannacht Dé lena h-anam

.
Liked it? Take a second to support peadar on Patreon!